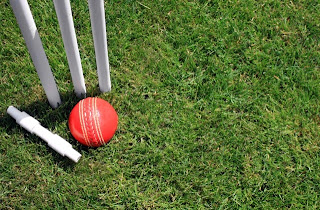 If there is one thing I have learned in public speaking and writing, it is that you have to write about what you are passionate about.  Life and Cricket happen to be two of those for me.  Of course, I know someone is going to say, “I thought you liked hockey?”  I do.  But if you really knew me, you’d know I’ve had many more late nights and early morning watching the Ashes, IPL, and any game Australia or Canada is in, than I have watching hockey.

I haven’t always been a cricket fan.  I recall playing it for a world sports day in grade three, but that doesn’t count.  What did, and does count is when I was living in Port Hedland, Australia.  A little community of 14,000 people.  Being only 19, I helped plan and participate in a Friday night sports activity, hosted by my church.  The goal was to get the youth who were wandering the streets, to come and play a sport, and have wholesome fun.  We usually played basketball, or table tennis.  One night we played cricket.  It was a hot night in late December or early January. Since that night I have loved the sport.
I experienced three roles of cricket that night: bowler, batter, and wicket keeper. It seemed like an “easy” sport to play when I was playing with a bunch of teenagers.  I did play, not just watch, the sport in Winnipeg, at Assiniboia Park.  I played for the now defunct Taverner’s Cricket Club.  Let me tell you, when you start playing cricket with adults who are from Sri Lanka, India, Pakistan, South Africa, England, Australia and New Zealand, and they BLEED the sport; you don’t stand a chance.  I was nowhere near being a top batsman, nor a top bowler.  My first innings I was out for a duck (didn’t post a single run).  But I had blast!  I learned a lot about the sport.  It helped me develop a deeper understanding and love for the sport.
As we talk about the sport in greater detail, we are going to be focusing primarily on batting.  I will discuss the rule or the event in the sport and than tie it up in a comparison of how it applies to having a successful life.