Hockey & Birth Month: Why it matters in representing Canada at World Juniors but not the Olympics

I have recently been on a Malcolm Gladwell fix, and I have finished three of his five books. I am not reading his works in order, as I have just finished his latest book, Outliers (an excellent read which I recommend).

In the opening chapter of his book he argues that it isn't necessarily skill that gives a hockey player a chance to play on an all-star team, but rather their birth date. He argues that a player born closer to the days after the age cut-off are at a higher advantage.

Which when you think about the younger years, being born in January or February is a decided physical advantage over someone born 10-11 months later in November or December. It all makes sense.

However, I am not someone to just believe what an author says and decided to crunch my own numbers.

I looked at the birth month of each player named to Team Canada's Junior team since 2012, that's six years worth of data, to see if Mr. Gladwell's theory was accurate.

Here is the chart, by number of players born in each month. 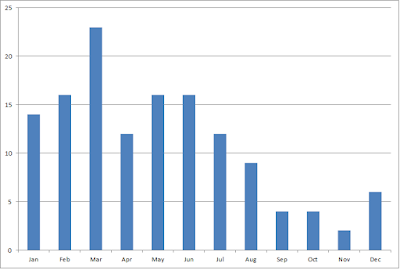 There definitely seems to be a trend here, with the months of January to July all having 10 or more players born in that month. With March being the peak at 23.

Another way to look at it is by quarters. 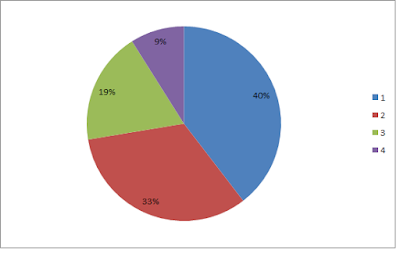 This shows that an astounding 73% of Team Canada's players have been born in the first six months of the year. Shockingly, only 9% in the last three months. Sorry to those born in October to December, the chances of you having a chance to represent Canada at the World Juniors is slim.

Ok, so this confirms the theory, right? Absolutely, at the junior level.

I thought I would take it one step further and look at Team Canada's Olympic squad.

Looking at the five squads since NHL players were included in the Olympics in 1998, this is what I found. 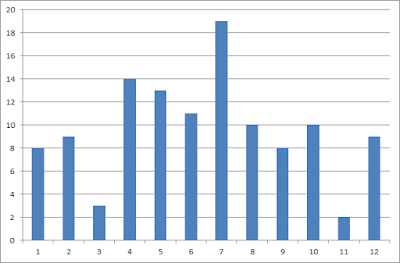 There isn't a peak near the start of the year, in fact, the peak is between April and October. Notice how July now pops out.

Then this is how it is broken into quarters. 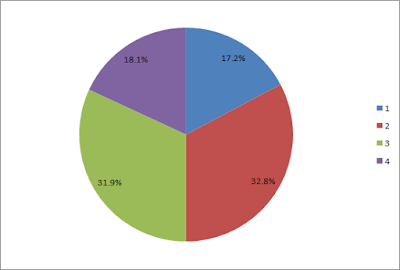 The two larger pieces are quarters two and three. In fact, quarter one (when it is argued players born in those months have the advantage) is the smallest.

Also, it is an exact 50/50 split. Showing that representing Canada at the Olympic level doesn't favour players born early in the calendar year, rather the middle six months.

Now I know what you are saying, that the age cutoff may have been different for those who represented Canada in 1998. Absolutely.

So here is what 2010 birth quarters were: 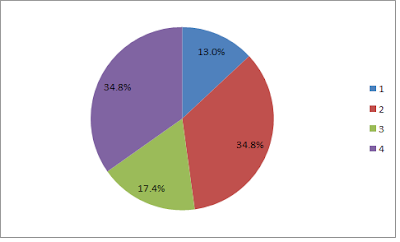 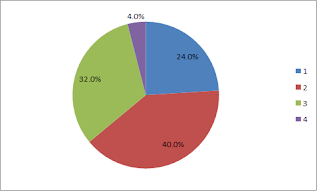 Unfortunately to the NHL not participating in the 2018 Olympics we may not be able to answer this question, if the tred will continue.

Here are some arguments for why there is such a gap in data, from World Juniors to Olympics.

First is age. World Juniors features 17-20 year olds, when a 12 month age gap makes a huge difference, in terms of time on planet earth. Whereas for the Olympics, it is 30 years, and by then every adult male has reached their peak physique, leveling the playing field.

Second is just the discussion we had, that maybe the 2018 and 2022 teams will show more of a trend towards the first six months, especially since hockey has become more streamlined in the past two decades.

Third comes down to personality. Those born earlier on are given the silver spoon, a lot more opportunities, and sometimes gifted ice time. Once they make the big leagues and have to earn their spot, it may come as a shock - since everything has been so simple before. Where as those born later in the year have had to work hard from the get-go, and know how to work hard. So when it comes to the adult years, and the Olympic squad - you have a combination of those that have been given opportunities and respected that combined with players that have fought for opportunities.

Fourth, and this is from my mother, Olympians have raw talent and physique that just can't be beat.

I am sure there are more potential explanations, but in conclusion, we can see that the argument Mr Gladwell made is definitely accurate for the junior years, but not so accurate for the olympians.
at November 09, 2017

Disaster Psychosocial Program in BC

Instead of that as a parent, try saying this. Ideas for tough situations. 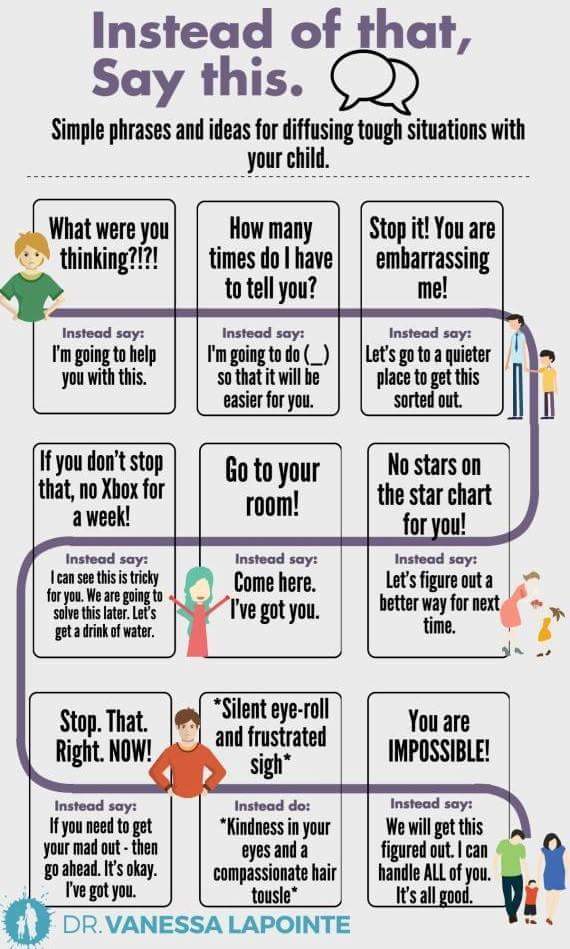