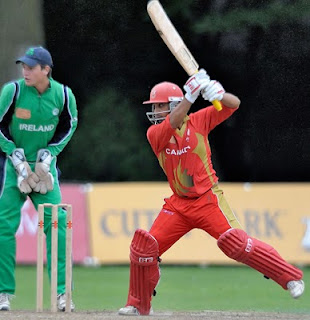 Scoring six runs requires the batsman to time his shot, so that he can loft the ball over the fielders and over the boundary rope.  I have never scored a six in my short cricket career, this is why scoring a six in life, I believe is the most difficult task, and that is being nice to others, being selfless, and using anger less.
It’s so easy to take shots at individuals and to speak about them negatively behind their backs.  It is so much easier to get angry about something negative, than it is to react in a positive way.  It’s so easy to put ones own needs before everyone else’s.  This is why we need to take the high road, and be nice to others.

I remember once witnessing a woman drive her car into a pole.  She flattened her tire and did considerable damage to the front drivers side.  A group of teenagers walked by, and I mean like a herd (about 15 or so), and all they did was mock and laugh at the woman.  This just degraded the woman more about her embarrassing moment.  Let’s imagine if this group of teenagers took the higher road and offered to help out?  Such as putting on the spare tire.  How much more of an effect do you think this would have had on the woman in the car? It would have been a tremendous thing to witness.  We all have the potential to reach out to others in need, doesn’t mean we have to support them financially, but we can help in other ways.
The usual reasons why abuse and violence happen, is because a loss of control of emotions. It is a state of selfishness, in which people place their feelings above that of others.  This needs to be derailed.  Keep your emotions in check, use the power from within to escape the boundaries that grip you, and become a master of yourself.
When you do things that are selfless, such as sharing, you will begin to feel good about yourself.  Again, I am not saying share half of your house, but share in little ways.  For example, this week when I was at work, on of my coworkers who is going through a rough time only had a can of alphabet soup with him for lunch.  I noticed that I had two cans of pop in my lunch, so I gave one to him.  Not a huge gesture, and not extravagant by any means, but it felt good.
Let us start controlling our emotions, and become selfless in our daily lives, instead of selfish. Take it one day, or one hour at a time, but it can be done!
at November 27, 2010