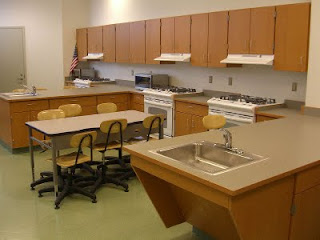 The New York Times recently had a piece promoting the need to bring Home Economics education back into the school system as we fight decaying families, teeth and an ever growing waste line.  Here are some excerpts that I enjoyed.


"Indeed, in the early 20th century, home economics was a serious subject. When few understood germ theory and almost no one had heard of vitamins, home economics classes offered vital information about washing hands regularly, eating fruits and vegetables and not feeding coffee to babies, among other lessons.
"Eventually, however, the discipline’s basic tenets about health and hygiene became so thoroughly popularized that they came to seem like common sense. As a result, their early proponents came to look like old maids stating the obvious instead of the innovators and scientists that many of them really were. Increasingly, home economists’ eagerness to dispense advice on everything from eating to sleeping to posture galled."
at September 13, 2011